Talk to a Librarian

Immigration has always played an essential role in the evolution of the United States and American society, but has never been without controversy. From the arrival of the first Europeans to the current debate over illegal immigration, the movement of peoples has been a defining aspect of United States history, involving peoples from all over the globe. This bibliography collects works related to immigration, including such topics as immigrant rights, U.S. immigration history, immigration policy, language and education, nativism and anti-immigrant sentiments, culture and ethnicity, stories of immigration and immigration in literature. 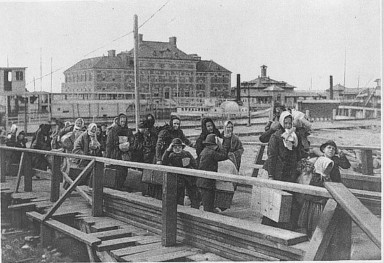 This bibliography includes books, articles, films and electronic resources relating to immigration. Books and DVD's are available at Holy Spirit Library. To check availability, follow the link to the Cavalog. Some books are also available electronically and may be accessed from the URL provided. If you are connecting from off-campus, you must log in using your domain password to access e-books and scholarly articles.